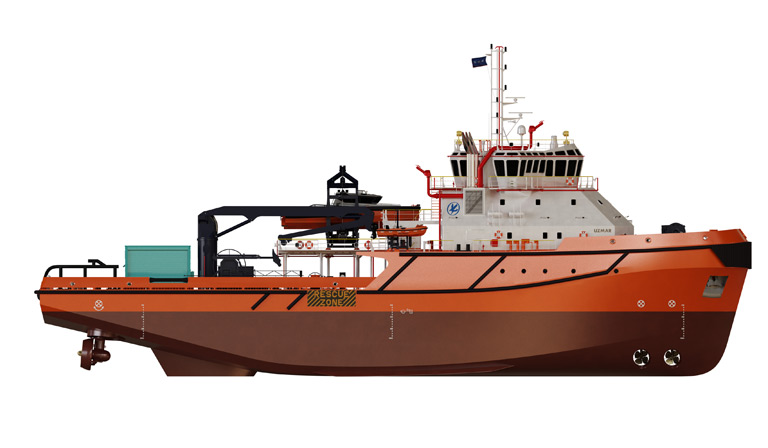 Steel cutting ceremony for the “Largest Robert Allan design ever been built in Turkey”; RAmpage 6000 Oil Spill Recovery – Multi-Purpose Vessel took place at the UZMAR Shipyard in Kocaeli, Turkey on 02.09.2019.

Mr. Özatlı stated that this project is one of the most exciting projects he has ever been involved and he is proud to be part of the eligible team of UZMAR. Vice President Mr. Mutlu Altuğ thanked K.O.C and UZMAR team for their visionary steps and their professional expertise that let everyone here today, to the powerful beginning of the NB125. He said; “ I am sure UZMAR team will come out with one of the best vessels UZMAR has ever built.”

“It is a great pleasure and an honor to be here at UZMAR to mark the steel cutting of our new building NB125 RAmpage 6000”, said Mr. Soud Al Otaibi, during his remarks. Mr. Soud Al Otaibi added, “This steel cutting ceremony marks a very special moment for everyone at K.O.C, therefore, we feel especially privileged, to be present here at UZMAR today to witness the work on our significant vessel”. Mr. Soud Al Otaibi ended his speech thanking everyone involved in the contract signing and building phases of the project. UZMAR CEO Mr. Ahmet Noyan Altuğ said; “From all of us at UZMAR to all of you at K.O.C; all the best of success for the construction for the one of the most technically advanced Oil Spill Recovery vessel of its type. I have no doubt that this day will be seen as a significant milestone. Our history with K.O.C. is a long-lasting relationship based on “trust” and I believe “trust” is the most important ingredient for success. I am certain that we will continue our partnership in such great projects in the future also.”

The ceremony ended with executives from UZMAR &amp; K.O.C. pressing the button to begin the steel cutting process. The delivery of the NB125- Rampage 6000 Oil Spill Recovery – Multi- Purpose Vessel is scheduled for the end of Q4-2020. 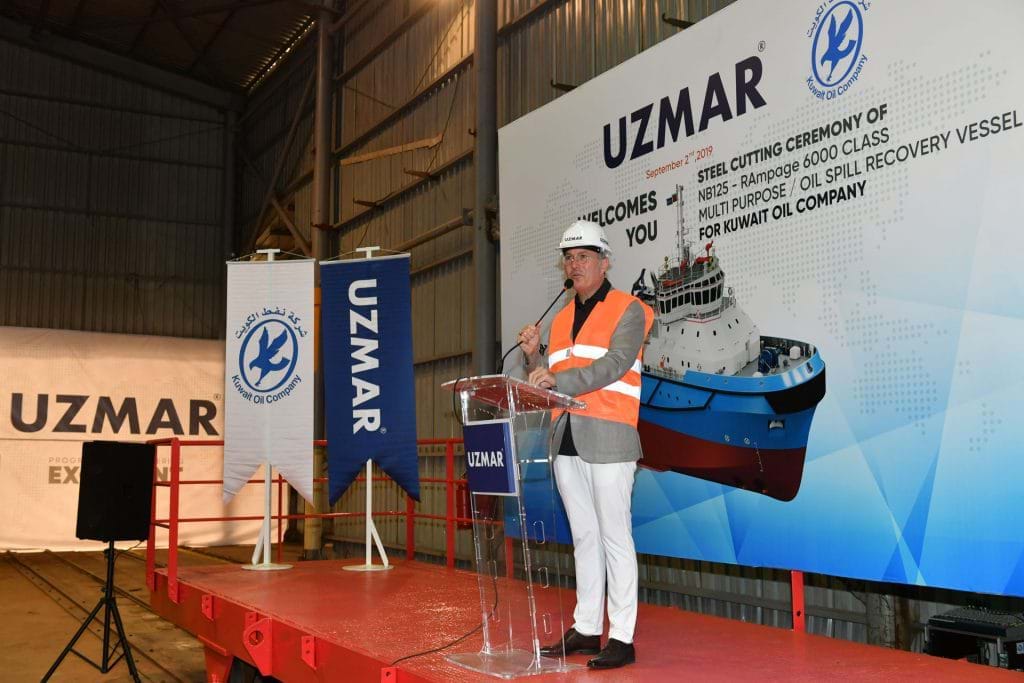 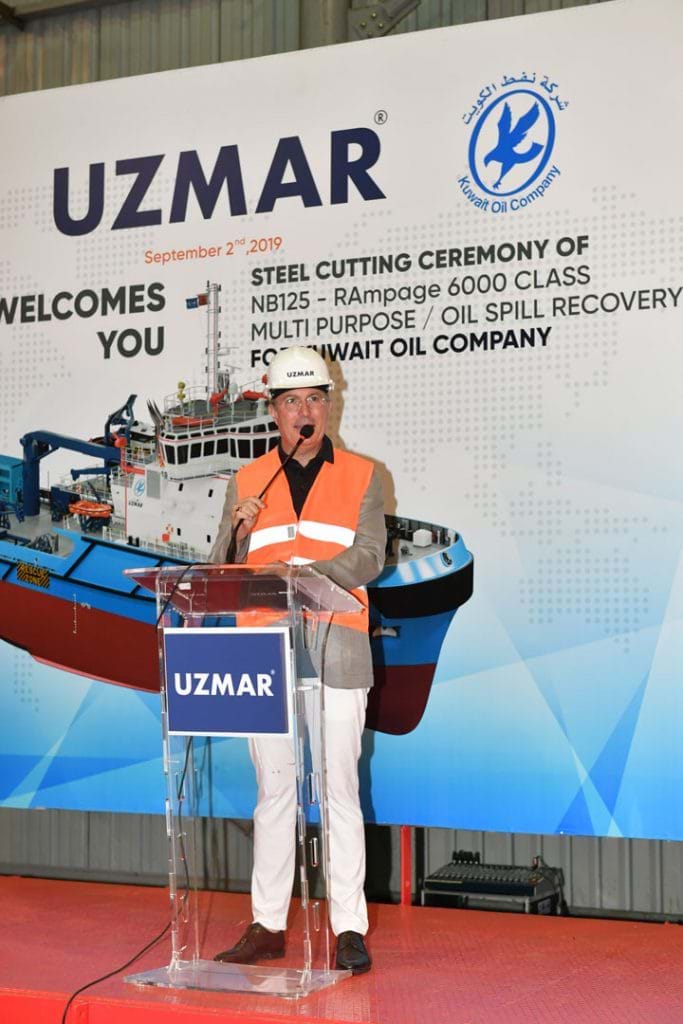 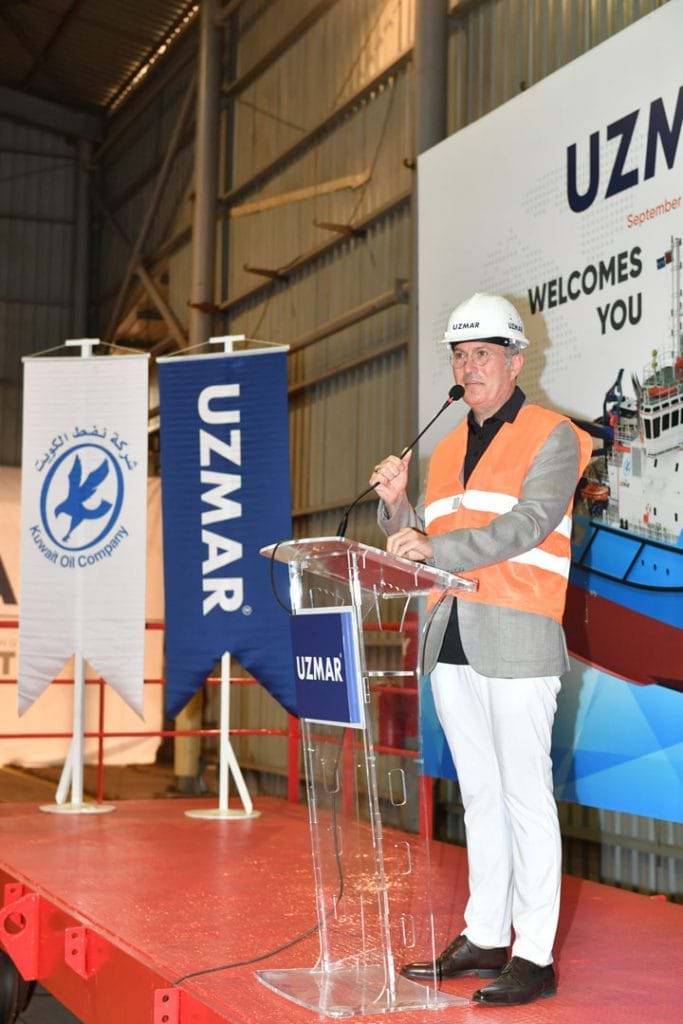 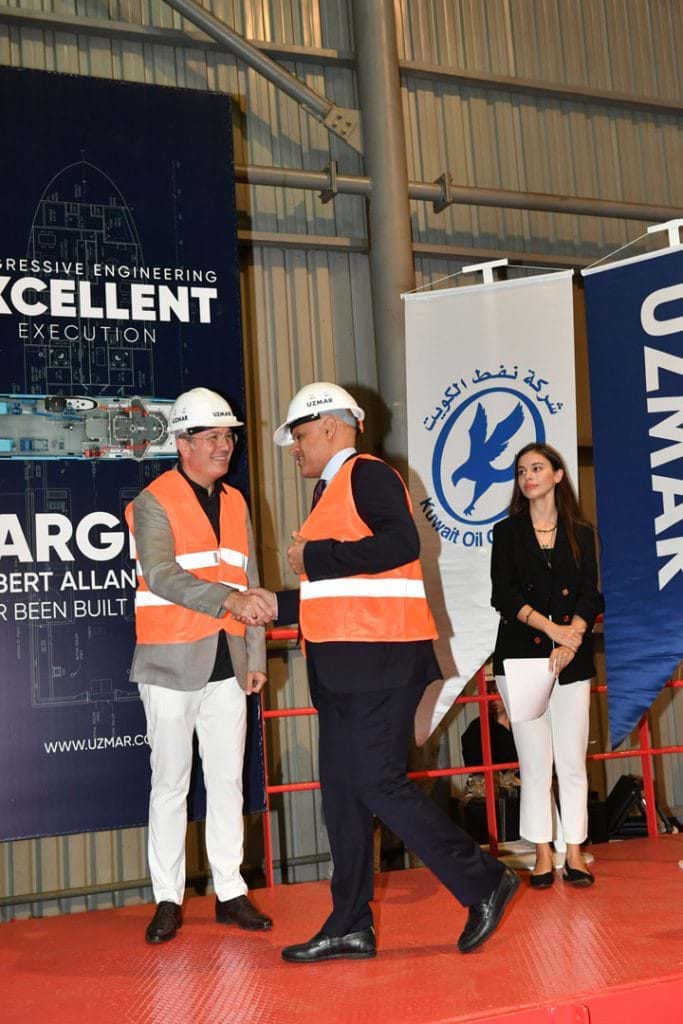 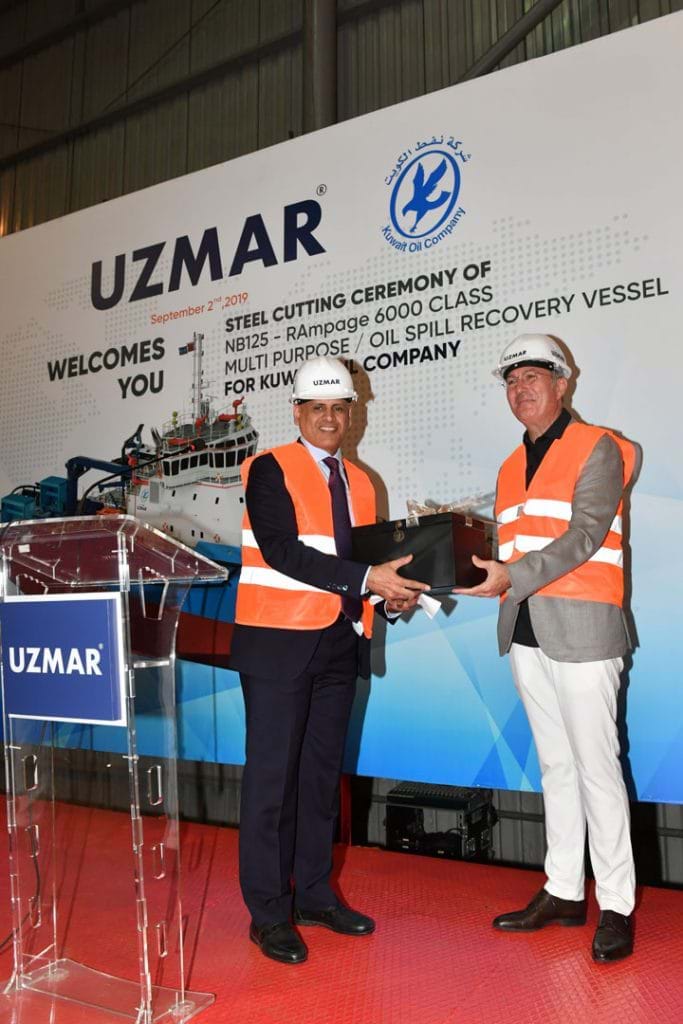 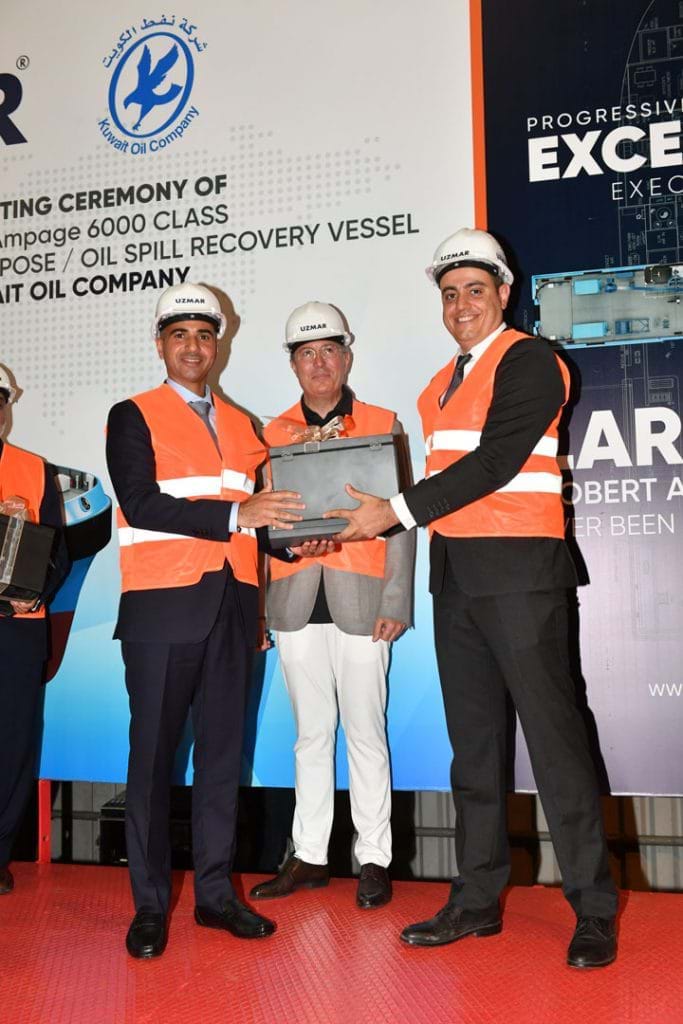 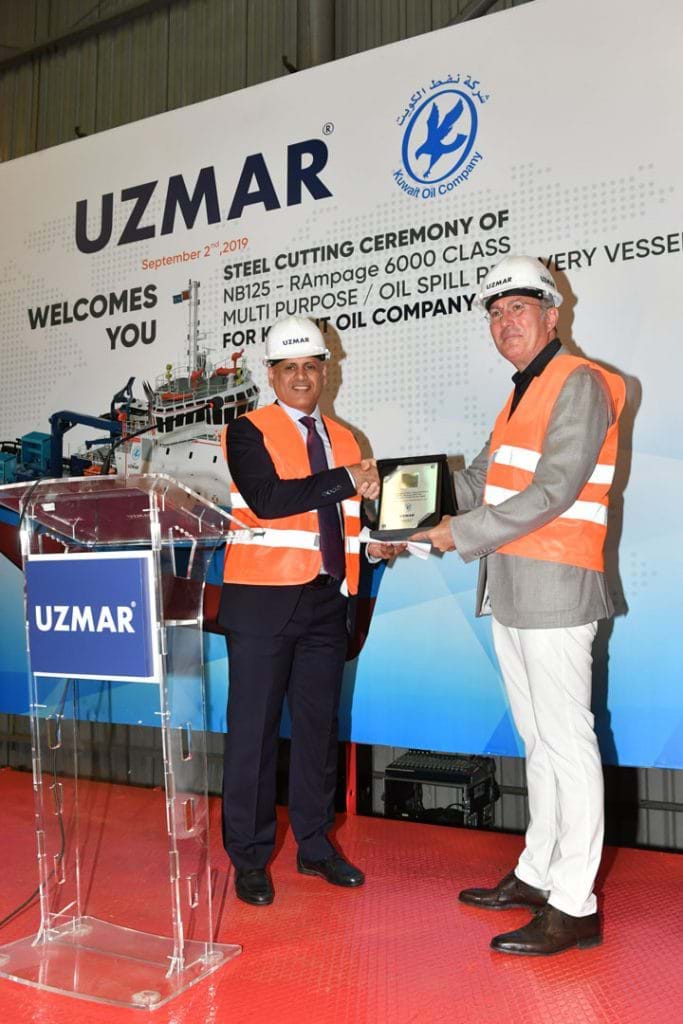