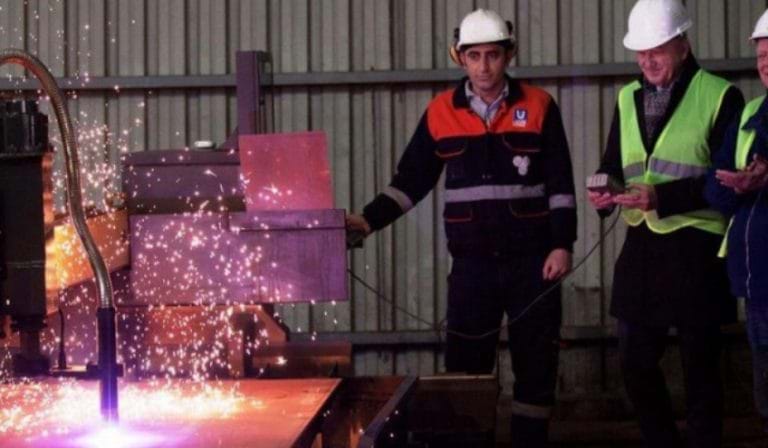 Robert Allan Ltd. is very pleased to announce that UZMAR SHIPYARD of Turkey has signed a contract with SAAM SMIT CANADA Inc. (SST Canada), a joint venture partnership between BOSKALIS of the Netherlands and SAAM S.A of Chile for the construction of a new Robert Allan Ltd. designed RAstar 3200-W for SST Canada’s operations in British Columbia (BC).

This state of the art tug will be capable of safely performing all ship-handling roles, including berthing, unberthing, and escort duties, including in heavier weather conditions. The tug will also be fully equipped for terminal standby roles with a Fi-Fi 1 external fire-fighting system, and a towing equipment package suitable for rescue towing missions.

The new tug is designed to meet a stringent set of performance requirements that were carefully identified and verified by multiple real-time full mission bridge simulations in collaboration with British Columbia Coast Pilots, Pacific Maritime Institute, Towing Solutions Inc., Lantec Marine Inc., Robert Allan Ltd. and SST Canada. These requirements include a bollard pull of 80+ tonnes and indirect escort forces of up to 120 tonnes at 10 knots. Other principal particulars of the new RAstar 3200-Winclude:

These characteristics will make this new addition the largest and most capable escort-rated, multi-mission tug in both SST Canada’s fleet, as well as the entire west coast of Canada.

As a custom design for SST Canada’s operations, the forward fendering system has been designed to be “extra-soft” in order to reduce contact pressures on vessels that the tug may assist. A folding mast on the wheelhouse top will reduce the possibility of contact with other assisted vessels with large bow flares, such as the container ships. Also important to SST Canada’s operations is the integration of numerous safety features for future operations at gas terminals proposed on the BC Coast, including a gas detection and alarm system, explosion-proof deck equipment, remotely controlled ventilation, and other isolation controls.

This tug will also be the first in Canada to feature an IMO Tier III emissions-compliant propulsion and exhaust system. As a result, it is also expected to become one of the most emissions-friendly vessels of its type in the world when it enters service. Additional CLEANSHIP and GREEN PASSPORT notations from Bureau Veritas (BV) also help this tug stand out with superior environmental performance and reduced ecological footprint.

The tug’s full classification notation is as follows:

Single berth, MLC-2006 compliant accommodations with full ensuite WCs in each cabin are provided for up to five crew members, with two of the cabins outfitted with Pullman type bunks to allow for surge berthing capacity. Along with a well-appointed mess/lounge and galley, the standard of accommodations on this tug will be very comfortable for a vessel of this size. A variety of noise-reducing features in the design are also expected to result in a very quiet interior environment.

Production design of the tug is already well underway at UZMAR SHIPYARD. Delivery of the tug ex-Turkey is expected within 15 months, with delivery to British Columbia shortly thereafter. As the first Robert Allan Ltd. designed tug for SST Canada, all parties are eagerly looking forward to the delivery of what is sure to be a well-built tug that will significantly increase towing and escort capabilities for marine safety on Canada’s West Coast.