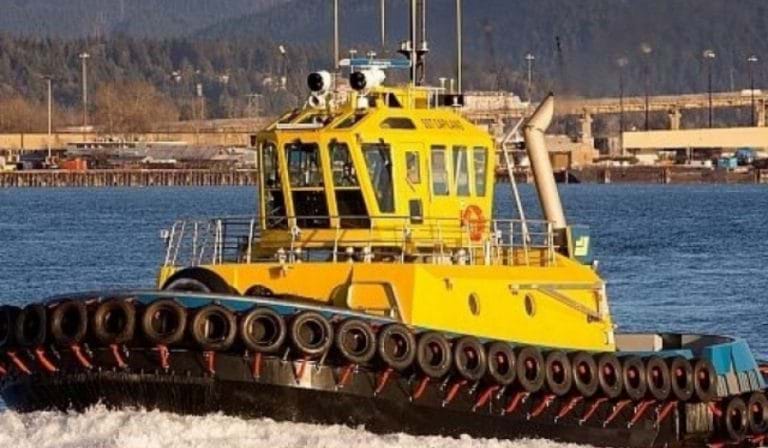 SAAM Smit Towage (SST) has ordered the first tug that meets IMO Tier III emissions rules in Canada for escort and berthing operations in British Columbia. The joint venture partnership, between Dutch group Boskalis and SAAM of Chile, has ordered a RAstar 3200-W design tug from Uzmar Shipyard in Turkey.

This Robert Allan-designed 32 m tug will have a bollard pull of more than 80 tonnes, making it the most capable escort-rated, multi-mission tug in both SST Canada’s fleet and along the entire west coast of Canada.

It was designed for conducting berthing, unberthing, and escort duties in heavy weather conditions. It will also be equipped for terminal standby duties and emergency response including a FiFi 1 fire-fighting system and winches for rescue towing missions.

There will be several additional features on this escort tug as it is expected to operate around container ships and gas carriers. It will have extra-soft forward fendering to reduce contact pressures on vessels and a folding mast on top of the wheelhouse, which will reduce the possibility of contact with other assisted vessels with large bow flares, such as the container liners.

It will also have a gas detection and alarm system, explosion-proof deck equipment, remotely controlled ventilation and other isolation controls in anticipation of its operations at proposed gas terminals in British Columbia.

The propulsion system will meet IMO Tier III emissions standards. The tug will also have Cleanship and Green Passport notations from Bureau Veritas.